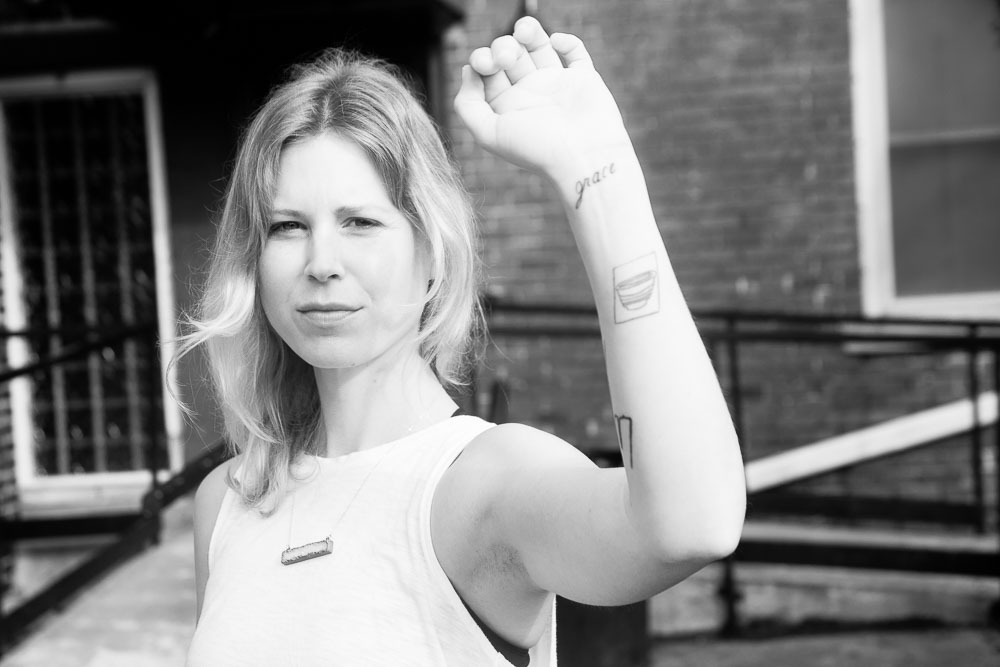 Grace was my first tattoo. I went with my brother’s girlfriend to a seedy shop downtown. The artist went by the name ‘Captain Morgan’. My eighteen-year-old self said, “Yes, this is a good idea.”

Grace is a three-fold thing. It’s a way to move in the world, it’s what God won’t stop throwing at us, and it’s my great-grandmother’s name. Well, part of her name. Her whole name was Grace Estelle Melton Moss Holzbach Johnson Smith. She outlived five husbands. Mr. Moss almost took her out. One day, he held a gun to her head. Then he turned it on himself. He was the father of my grandmother. And her sisters. Mr. Moss was an alcoholic.

I waited a decade to get the second tattoo–the Empire State Building. It’s pretty bad, but truth be told, I’ve got a deep love for bad tattoos. My paternal great-grandfather was part of the original design team for the skyscraper. It was built during the Great Depression. Critics said it was the worst time to build something beautiful. My grandfather and the other designers said it was the best time. I got this piece when I left my child’s father. Talk about a Great Depression. And the perfect time to do the impossible.

The bread making bowl is a tribute back to Grandma Grace and her daughters and those daughters’ daughters. It’s the mark of that southern woman strength; the kind you have to find in non-air conditioned, middle-of-August kitchens. It’s a tribute to Crisco, bleached flour and butter. It’s a homage to science, and simplicity and biscuits that stick to your thighs.

I don’t really understand Communion. I don’t love traditions that try to shove the intangible into the tangible. I don’t think wine is blood, nor bread to be anyone’s body.

I do know Jesus works through the hands that work the dough. He’s always in the sweat. I feel him at the table, when we pass rolls and rip them down the center. Like the bread, Jesus was known to rise and fall and rise again. So, I take Communion. But only as nod to a well written metaphor.