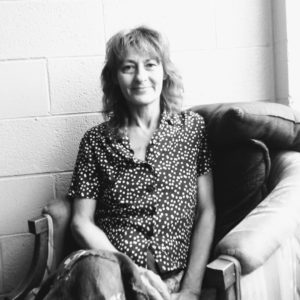 Cynthia came and went from Haywood Street Respite a few weeks ago.

While living on the streets, someone stole her purse. Inside her purse was her insulin and so for 7 days she went without it until she became so ill that medical intervention became necessary. After acute care was provided, Cynthia came to rest and restore with us at Respite.

During Wednesday service, the week Cynthia was at Haywood Street, she unassumingly came before the congregation–with an acoustic guitar strapped across her shoulder and Pastor Mark standing to her right. Cynthia gifted us all with her soulful voice as she sang “The Darkest Hour is Just Before Dawn.” I thought surely this was an Emmylou Harris song and Cynthia later confirmed this to be true.

Cynthia has stories about singing in bars and various venues. She lists her musical influences although I could’ve guessed them all: Scaggs, Rhonstat, Baez…the woman’s got good taste. Cynthia tells me about past husbands–the first a guitar player, the second a drummer. She tells me what it was like being the wife of a traveling musician and it sounds a lot like the plot line to many a good country song.

Cynthia has had her trials. She has had her tribulations. She seems contemplative at this point–considering the events that have led to the present, but not overly fixated on what could have been different. Acceptance seems like a good form of grace sometimes.

As we wrap up our morning chat and I get heading out the door, Cynthia says, “You know, I lost everything, but hell, I had too much anyways.”