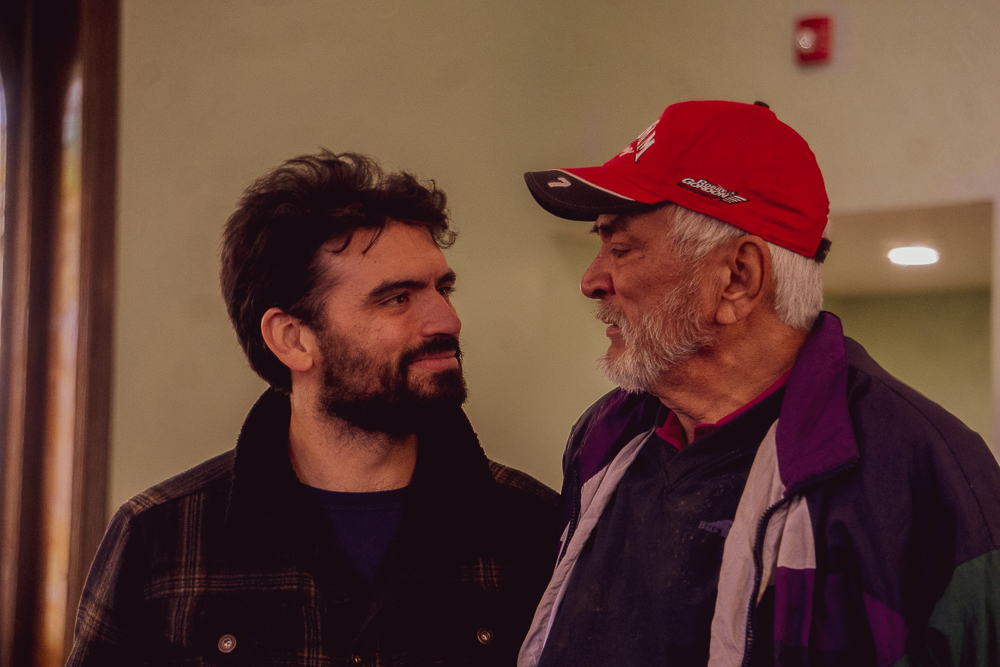 We do a disservice to the dead when we hallow their memories in stained glass, pretending they were perfect.  Bruce Lee Abshire was anything but perfect, and wonderfully so.  Some of his most memorable imperfections included: doing laps around the sanctuary in a hotwired golf cart clutching a live chicken, bootlegging moonshine across the County line in a salvaged mini-van he procured for $300, “borrowing” the church vehicle for an afternoon beer run to the Hot Spot after worship.

Eventually, he would stumble back to Haywood St., hand still in the cookie jar, with mischief on his breath and a Mona Lisa smile across his face. As frustrated as we could get with him, in those moments, there was always an unmistakable purity of spirit, a tender innocence, an ability, regardless of the circumstances, to stay forever young.

Roman society was organized around a rigid social hierarchy intended to keep the classes separate.  Children were relegated to the very bottom.  They had no individual rights, no legal standing, no identity beyond property.  One day, a few parents brought their daughters and sons to Jesus to be blessed.  Wanting to uphold the cultural norms, the disciples quickly interrupted.  Savior of the World with a snotty-nosed toddler underfoot? Never.

But Jesus got down on all fours to play blocks and snack on Goldfish.  In doing so, he raises this holy question with his behavior, why does Jesus want the little children to come near?

Luke 18:15-17 People were bringing even infants to him that he might touch them; and when the disciples saw it, they sternly ordered them not to do it. But Jesus called for them and said, “Let the little children come to me, and do not stop them; for it is to such as these that the kingdom of God belongs. Truly I tell you, whoever does not receive the kingdom of God as a little child will never enter it.”

Pablo Picasso is considered by many to be the father of Modern Art.  Born the son of two Spanish artists, he mastered oil painting by age eight and began his chosen profession at 13.  He was classically trained as a painter, gifted in Realism, capturing subjects authentically on the canvas as they are in the world.  But later on, he became influenced by Cubism, the genre of fractured forms and unrealistic renderings, and Abstraction, a simplicity of shapes with little dimension.  Unlike traditional schools of artistic thought, his work became more elementary the longer he was in the studio.  Well into his career, Picasso was asked about his de-evolution.  He responded, “It took me 4 years to paint like Raphael, but a lifetime to paint like a child.”

Jesus welcomes the preschoolers because children are kingdom bearers, chubby roles of heaven crawling around the earth with diapers on for all to see.

Of Bruce’s many contributions, perhaps his greatest blessing of all was his refusal to be anything but a boy masquerading in a man’s body.  Despite homelessness, despite Cancer, he never acted his age.  For that, his life and death remind all of us that God doesn’t demand perfection but rather a mature faith disinterested in growing up.