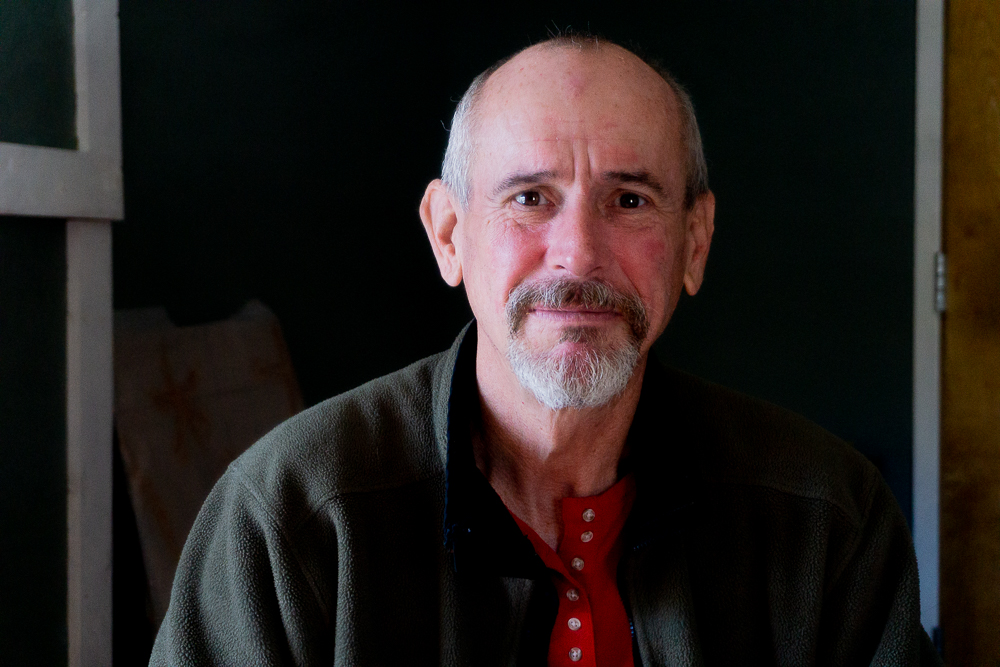 David Farthing grew up on a tobacco farm outside of Boone, NC.  From the earliest age, his brilliance was evident.  Grade school wasn’t stimulating enough, so the local librarian personally taught the star pupil.  When the high school curriculum couldn’t keep up, he transferred to the prestigious School of Science and Math, graduating early.  Not just a savant in the classroom, David was also a genius musically.  Forming a quartet with his single mother and two younger sisters, he toured the hills and hollers as a family band.  Depending on the song, David could accompany on the piano, play rhythm on the guitar, or lead solo on the banjo.  If it had a mouthpiece or a reed, keys or strings, he could master it.

Worship, for a significant part of Judeo-Christian history, was not spoken but sung.  Believing that singing is like praying twice, people of faith have disciplined themselves in doxology.  Approaching the temple in Jerusalem, rather than presenting an animal sacrifice, congregants likely raised their voices of thanksgiving as an offering instead, processing through the outer gates into the holy courts.

From the ancient temple, to the synagogue, to the modern church, vocalizing our exultation remains one of the highest expressions of faith.  In today’s psalm, a favorite hymn to make a joyful noise, what do we learn about praise?

Psalm 100- May all lands be joyful before you, O God, serve you with gladness and come before your presence with a song. For we know that you are God; you yourself have made us, and we are yours; we are your people and the sheep of your pasture. We shall enter your gates with thanksgiving, go into your courts with praise, give thanks to you and call upon your Name. For you are good; your mercy is everlasting, and your faithfulness endures from age to age (The Saint Helena Psalter translation).

After David’s death, I connected with his sister in Hickory about her beloved big brother.  Throughout our conversation- sharing stories and trading observations- I noticed a pattern of behavior.  When David was a precocious child, harassing classmates would bully him relentlessly.  Rather than retaliating, he retreated into rhyme and meter, composing original scores.  When the country church held a prayer vigil to exorcise his demon of homosexuality, he later performed in worship for them anyway.  When he was homeless on the streets of Asheville, he took on the responsibility of starting a choir at Haywood St., recruiting new members and selecting the week’s hymns from his tent.  And after suffering a stroke that compromised the dexterity in his fingers, he asked me, which turned out to be the last time we spoke, “I know the building is closed because of the pandemic, but can I start practicing on the piano during the week, so I’ll be ready once worship returns to the sanctuary?”

Because the Psalter is lyrical poetry, verses less about recording history and more about sharing the longings of the human heart, biblical scholars find it challenging to assign a date to their authorship. However, according to some experts, the Psalms were likely written around the time of the Exile.  The time of Babylonian captivity, forced labor, food rations, estrangement from the homeland, and decades of despair.  The time least likely to write a song of thanksgiving and sing it to God.

But the Psalmist did, teaching all of us a lesson about the practice of praise.  Anybody can hum a ditty when life is grand.  But only the holiest among us can break out in song while still shackled, live doxologically in their worst moments.

David Farthing, for turning your trauma into sacred music, thank you. May your soft eloquence and bookish curiosity, your willful naïveté and unflinching acceptance, and your gentle countenance lift our voices always.