MENUCLOSE
What Makes the Samaritan Good?

What Makes the Samaritan Good? 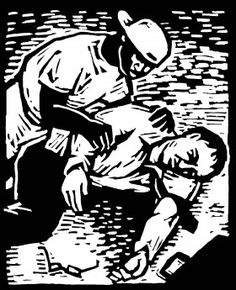 Countless clinics, hospitals, foundations, scholarships, agencies, thrift stores, and even a law, bear the name of Jesus’ most famous teaching.  But because of its ubiquitous popularity, the Good Samaritan has lost much of its nuance, surprise, and power.  While the weight of the parable goes unfelt by the mainstream, we are invited to return to the text and ask again, what makes the Samaritan good?

Luke 10:25-37 Just then a lawyer stood up to test Jesus. “Teacher,” he said, “what must I do to inherit eternal life?” He said to him, “What is written in the law? What do you read there?” He answered, “You shall love the Lord your God with all your heart, and with all your soul, and with all your strength, and with all your mind; and your neighbor as yourself.” And he said to him, “You have given the right answer; do this, and you will live.” But wanting to justify himself, he asked Jesus, “And who is my neighbor?” Jesus replied, “A man was going down from Jerusalem to Jericho, and fell into the hands of robbers, who stripped him, beat him, and went away, leaving him half dead. Now by chance a priest was going down that road; and when he saw him, he passed by on the other side. So likewise a Levite, when he came to the place and saw him, passed by on the other side. But a Samaritan while traveling came near him; and when he saw him, he was moved with pity. He went to him and bandaged his wounds, having poured oil and wine on them. Then he put him on his own animal, brought him to an inn, and took care of him. The next day he took out two denarii, gave them to the innkeeper, and said, ‘Take care of him; and when I come back, I will repay you whatever more you spend.’ Which of these three, do you think, was a neighbor to the man who fell into the hands of the robbers?” He said, “The one who showed him mercy.” Jesus said to him, “Go and do likewise.”

Congregational Responses:
He got down off his animal and made himself vulnerable to the same robbers.
He gave without reservation.
He entered into a relationship with a hated enemy.

Years ago I was taking a tour of a Christian social service agency.  We were shown the grocery cart where yesterday’s bread was handed out, the closet where hand me down clothes were distributed, the soup kitchen where canned goods were served in Styrofoam bowls, the offices where delinquent utility bills were paid.  At each ministry area, the tour guide would pause, and with a sense of pride, tell the group about how no one was allowed to game the system.  We check IDs at the door and record each visit; we enter clients into a database and track resources used; we require interviews and intake forms before cutting a check.  At the end of our tour, the guide gathered us in a circle, invited us to make a donation, and left us with this reassurance, “This is an agency that only helps the deserving poor.”

Others say the Samaritan is good because he loves his enemy. We know Samaria colluded with Syria against the Israel, turning Jews and Gentiles into political and military adversaries.  But the Samaritan rescued his hated rival.

While the Samaritan should be revered for all that he does, I’m even more convicted by the goodness of what he doesn’t do.  The Samaritan doesn’t stop and frisk; doesn’t check the man’s passport for his nationality; doesn’t do a cavity search for contraband; doesn’t run his social security number through Homeland Security; doesn’t profile in the name of charity.  The Samaritan didn’t stop to decide whether or not the man was deserving because helping doesn’t begin with an if.

Despite the lawyer, priest and Levite in all of us that’s angling for an exit clause on our responsibility, the road of faith forever travels between Jerusalem and Jericho.  Without asking questions and without reserve, the Good Samaritan who saved the entire world, Jesus the Christ, got down off of his donkey to cross over and rescue us from the ditch so that we could go and do likewise.