MENUCLOSE
One of These Days When I Look Up, God is Going To Look Down

Michael enters my office and it is good to see him again. There is 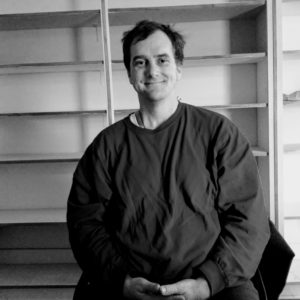 something warm about this one. Pastor Brian talks about seeing that glow of the transfiguration in everyday people. I believe Michael’s got it.

I’m just getting to know this Haywood Street friend. He’s recently returned from some time out west. Everyone is calling him Moose, but as he takes a seat across from me, he proudly identifies himself as Michael Ashley. Stating his birth name seems important in this moment and feels simultaneously ordinary and profound.

I’ve asked Michael to share his testimony with me so that I may share it with you. I regret that these written words will not capture his easy presence, southern drawl, or perfect timing. But, I do believe you will sense the good nature of his soul and the Holy Spirit that continues to guide his life. This is his story.

It was 2009 when Michael woke up to find $1.87 in his pocket. He had not eaten in nearly three days. The way he saw it, that $1.87 could buy him a biscuit or a forty. He decided on the beverage and made his way to the closest convenience store. Before making his selection, he dipped into the restroom, using the sink as a shower the way he had so many times before. But, on this day, as he wiped the cool water from his face, Michael caught a reflection that stopped him in his tracks. He knew it was himself looking in the mirror, but it was addiction looking back. He bought a biscuit and started walking.

Michael asked the first person he came upon to point him in the direction of the nearest hospital. “About one mile that way.” He’d walk a mile and ask another stranger, “How far to the nearest hospital?” Over and over he’d get, “You’re headed in the right direction, you got about one more mile to go.” Eight miles later, drenched from his trek in 95-degree heat, Michael arrived at a short-term detox facility in Asheboro, North Carolina. They took one look at him and decided he needed long-term rehabilitation and so they made arrangements and paid for the taxi that would take him from Asheboro to Asheville. His brother gave him a ten-dollar bill and he was on his way. On his way, that is, until the taxi broke down. As they pulled in to the nearest parking lot, Michael had to laugh. Our struggling friend, with ten bucks to his name and a ticket to recovery had just broken down in the parking lot of an ABC store.

The laughter was brief though, and soon replaced with overwhelming temptation and anxiety. Michael prayed hard and those prayers pulled him through. He kept his cash and finished the trip to Asheville.

Having hardly settled into the rehab center, the director told Michael that he would be starting work in the morning. “Work? I didn’t come here to work. I came here to get better.” “We know,” said the director. “And going to work is how you’re going to make that happen.”

Going through withdrawal and having to jump on the back of a dump truck is not an easy way to start the day. But come morning, Michael showed up, albeit grudgingly. The shift began and he found himself at his first stop. He thought nothing of the trash and the task at hand. But, the taxi breaking down at the ABC store is not the only poignant moment of Michael’s strange odyssey.  For as he was getting ready to depart for the next pickup, a man appeared, seemingly out of nowhere. “Michael. I want you to know that everything’s going to be okay. God has a plan for you.” Michael paused, perplexed at how this man knew his name. “Yea. Thanks,” he replied and hopped into the cab of the dump truck.

He turned to his boss finding him in near hysterics. “I’ve been working this route for 11 years and that man has never said a word to me. Do you know who that is, Michael? That’s the Preacher of the Presidents. Michael—that’s Billy Graham.”

The power of these moments, the twists and turns of his journey–they were all lost on Michael at the time. But, with reflection, space, and more life lived, they have become true cornerstones of his faith.

Michael has been an alcoholic for twenty years. He’s been a self-proclaimed crack head, hung out on skid row and been homeless for a decade. In 2014 Michael was diagnosed with stage 4 cancer and given a meager 5% chance of survival. Michael drank his way through brutal rounds of chemotherapy and radiation.

There seems no way Billy Graham could have been wrong. God surely has a plan for Michael. Today, as he sits a desk’s width apart from me, he is beaming ear to ear. He’s telling me about all the joy he wakes up with and about the powerful relationship he is building and re-building with God. His cancer is in remission and his life has become one of service to others. He is volunteering himself to soup kitchens and our very own Welcome Table. In fact, he’s got to start wrapping up our conversation so he can help Chef Dave empty the grease traps. He tells me cars can run off that stuff. I tell him it’s in the cosmetics I wear. We laugh at my over-priced investment in french fried foundation.

Michael recently shared a song with us in worship. He wrote it when he was 15 years old. I tell him I can’t get the hook out of my head: One of these days when I look up, God is going to look down.

God is looking down on our friend Michael and I am surely grateful for that.