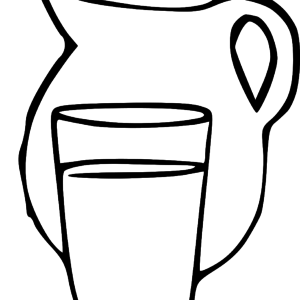 A healthy adult in ideal conditions- climate controlled space, plenty of fat reserves, and no physical exertion- can live 8-10 days without water.  Get lost in the wilderness, melt under the broiling sun, chase one sandy mirage after another, and dehydration becomes deadly in a matter of hours.

After fleeing Egypt, escaping the Egyptian Army, scavenging for breadcrumbs and having their water supply dry up, the Israelites felt like they were on a death march with only minutes left to live. Angry and afraid, the chosen people put God on trial, rendered a guilty verdict and started picking up stones to exact their punishment.

Ready to attack God’s line leader Moses, what are the Israelites fighting about?

Exodus 17:1-7 From the wilderness of Sin the whole congregation of the Israelites journeyed by stages, as the Lord commanded. They camped at Rephidim, but there was no water for the people to drink. The people quarreled with Moses, and said, “Give us water to drink.” Moses said to them, “Why do you quarrel with me? Why do you test the Lord?” But the people thirsted there for water; and the people complained against Moses and said, “Why did you bring us out of Egypt, to kill us and our children and livestock with thirst?” So Moses cried out to the Lord, “What shall I do with this people? They are almost ready to stone me.” The Lord said to Moses, “Go on ahead of the people, and take some of the elders of Israel with you; take in your hand the staff with which you struck the Nile, and go. I will be standing there in front of you on the rock at Horeb. Strike the rock, and water will come out of it, so that the people may drink.” Moses did so, in the sight of the elders of Israel. He called the place Massah and Meribah, because the Israelites quarreled and tested the Lord, saying, “Is the Lord among us or not?”

Congregational Responses:
The Israelites are complaining because they have already forgotten God’s miracle at the Red Sea.
They’re fighting about the predictably of Egypt versus the uncertainty of the wilderness.
They’re upset about the anxiety of living in between.

A well-known official at the Centers for Disease Control was asked about the one thing that can be done to solve the global public health crisis.  She said before you send nets to protect against malaria, before you send peacekeepers to stop the casualties of war, before you send anti-retroviral drugs to prevent the spread of HIV, before you send pallets of food to stop starvation, remember that the leading cause of death worldwide is lack of access to clean drinking water.  Then she picked up the glass of water in front of her and said, if you want to do something, send this.

Problem is there’s no clean water back at the internment camp.  Because the tap runs dirty, a slave can’t avoid ingesting the detergents of captivity, the solvents of bondage and the heavy metals of oppression.  To continuously draw from contaminated wells means slowly killing yourself one drink at a time.  Regrettably, you can also die from overhydration.

It’s time, as Walter Brueggemann says, “to take a hard look at our broken cisterns where we have tried to store the Empire’s water supply.”

The Israelites, then and now, are ultimately fighting about which direction to go.  Back to drink our fill from Pharaoh’s faucet or deeper into the wilderness with parched throats; back to what enslaves us or towards that which sets us free?

While I know many of us are dehydrated- the fatigue is making every step labored, the confusion is making it nearly impossible to follow directions and none of us can remember the last bathroom break- faith is what we do when we’re thirsty.

If it is true that we are what we drink, then it is equally true we are what we refuse to drink.  So hold out a little longer, and hear the Good News, after Moses struck the rock, a Savior showed up somewhere between Babylon and Canaan to pour out his life so that we could all be filled with nothing less than living water.