MENUCLOSE
The Healing of Naaman

The Healing of Naaman 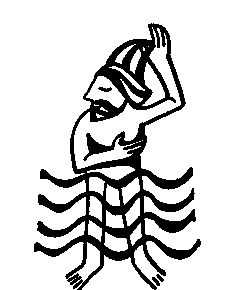 The tweed sports coat replaced the wool tunic and the polished penny loafer replaced the worn sandal.  The public celebration of perfection replaced the private confession of wrong.  The praise song replaced the hymn of lament, and, over the centuries, a country club for members pretending to be healthy replaced a Church for people who knew they were sick.

Perhaps it started with Naaman, the commander of the Syrian army, the kind of general who walks into a press conference chest first, who leads with the stars on his shoulders and the medals on his uniform.  A man cheered in the parade and saluted on the street, a man made bulletproof by his reputation, by his 12-gauge ego.

But hiding behind his secret service detail and his military might, Naaman is not well. So what then does Naaman need healing from?

2 Kings 5:1-17 Naaman, commander of the army of the king of Aram, was a great man and in high favor with his master, because by him the Lord had given victory to Aram. The man, though a mighty warrior, suffered from leprosy. Now the Arameans on one of their raids had taken a young girl captive from the land of Israel, and she served Naaman’s wife. She said to her mistress, “If only my lord were with the prophet who is in Samaria! He would cure him of his leprosy.” So Naaman went in and told his lord just what the girl from the land of Israel had said. And the king of Aram said, “Go then, and I will send along a letter to the king of Israel.” He went, taking with him ten talents of silver, six thousand shekels of gold, and ten sets of garments. He brought the letter to the king of Israel, which read, “When this letter reaches you, know that I have sent to you my servant Naaman, that you may cure him of his leprosy.” When the king of Israel read the letter, he tore his clothes and said, “Am I God, to give death or life, that this man sends word to me to cure a man of his leprosy? Just look and see how he is trying to pick a quarrel with me.” But when Elisha the man of God heard that the king of Israel had torn his clothes, he sent a message to the king, “Why have you torn your clothes? Let him come to me, that he may learn that there is a prophet in Israel.” So Naaman came with his horses and chariots, and halted at the entrance of Elisha’s house. Elisha sent a messenger to him, saying, “Go, wash in the Jordan seven times, and your flesh shall be restored and you shall be clean.” But Naaman became angry and went away, saying, “I thought that for me he would surely come out, and stand and call on the name of the Lord his God, and would wave his hand over the spot, and cure the leprosy! Are not Abana and Pharpar, the rivers of Damascus, better than all the waters of Israel? Could I not wash in them, and be clean?” He turned and went away in a rage. But his servants approached and said to him, “Father, if the prophet had commanded you to do something difficult, would you not have done it? How much more, when all he said to you was, ‘Wash, and be clean’?” So he went down and immersed himself seven times in the Jordan, according to the word of the man of God; his flesh was restored like the flesh of a young boy, and he was clean. Then he returned to the man of God, he and all his company; he came and stood before him and said, “Now I know that there is no God in all the earth except in Israel; please accept a present from your servant.” But he said, “As the Lord lives, whom I serve, I will accept nothing!” He urged him to accept, but he refused. Then Naaman said, “If not, please let two mule-loads of earth be given to your servant; for your servant will no longer offer burnt offering or sacrifice to any god except the Lord.

Congregational Responses:
Naaman stood in the way of his own healing.
He wrongly believed that everything came with a price.
His pride.

Naaman wants to complicate things with the magician’s slight of hand and the priest’s channeling of spirits, some ritualized walking in circles backwards and some trapdoor theatrics.  But God’s healing is often so dismissively simple: just wade into the muddy water.

Naaman wants to remain in his chariot of control, his pride protected behind plates of armor and sharpened swords.  But God’s healing often brings us to our knees, often requires us to bathe in front of our subordinates, to be made ordinary in the name of humility.

Naaman wants to pay his way, assuming that medical insurance only works after the deductible of gold and silver is met, that healthcare is a commodity to be traded on the open market.  But God’s healing is a gift that can only be received, the costly grace that comes without a bill of sale.

But what Naaman needs most is healing from the malignant disease of suffering alone, the infirmity of invincibility, the misguided belief that only our beauty is allowed but never our brokenness, that God is only interested in the well-heeled and the well-adjusted.

Despite the fact that many of us only show up in our Sunday best and refuse to let the air of fellowship or the light of worship on to our wounds, Christianity has always been the religion of lost sheep bleating for a shepherd, of ill patients checking in to see the doctor, of sinners desperate for a Savior.

If it is true that “we’re only as sick as our secrets,” (Alcoholics Anonymous) then Church is the location of our great reveal, where we bring our dirty thoughts and our profane desires, our possessed minds, our hemorrhaging bodies and our private leprosies, where we haul all of it up the altar of Good News for God to see, touch and heal.

So, like Naaman before, “go and wash yourself seven times, according to the word of the man of God… be made clean.”