MENUCLOSE
A place to recover and rethink 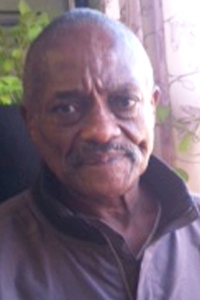 A place to “find some peace, serenity, and a chance to work on some other things while you’re here,” Don said. That’s what he’s found at Haywood Street Respite.

Don is a 61-year-old native of Charlotte, but he’s spent the last 23 years either in Asheville or Johnson City. He grew up in a two-parent family and joined the military when he was 17.

Afterward, Don worked as a cook and went to culinary school at Cleveland Tech. He was paying his bills, but a break in a long-time relationship left him without a home and on the streets. His mental issues and alcohol addiction caught up with him.

After a recent hospitalization, Haywood Street Respite Care welcomed him.

“I think its spiritual in nature. As long as I do the spiritual things, I don’t drink,” Don said.

He’d like to get a place and do some volunteer work,” he said. “I’m working on some options.” The Veterans Administration is helping him find a place to stay. If something doesn’t come through, “I’ll probably end up back outdoors. If you’re addicted to alcohol, you can’t stay away from it on the street,” he said.

Haywood, he said, “is just what I needed at the time, time to stay sober and do some thinking.”

Haywood Street Respite provides short-term care to homeless adults just discharged from a hospital a safe place to rest, recover and get the help needed to “get back on their feet.”

Haywood Street Respite is funded through a combination of grants and donations.  Mail a contribution to Haywood Street Respite, P. O. Box 3982, Asheville, NC 28802 or contact Program Director Jody Halstead, R.N., F.C.N., @ jhalstead@haywoodstreet.org to bring a weekend supper for about a dozen residents and staff.