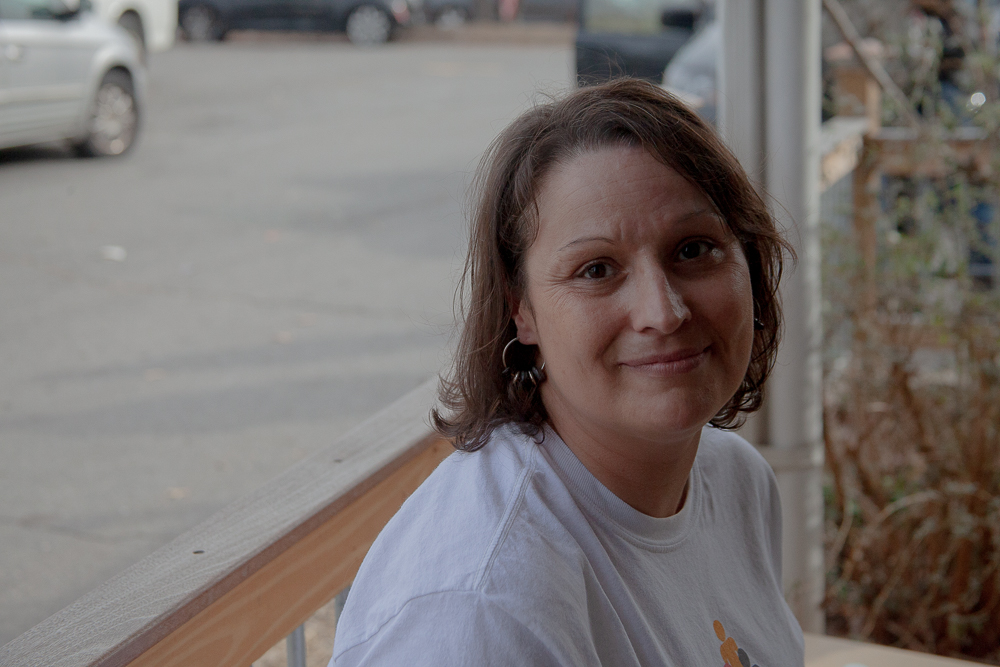 “There’s this hole in the balcony. You know the one I’m talking about? It’s that dark hole up in sanctuary. When all my plans for sobriety…for shelter had fallen through, I started running; ran straight to Haywood Street. I was going to crawl in that hole, Brook. Crawl in and never come out.”

“Anyways, I was crawling in that hole, when my friend, she comes around the corner telling me I can go to Respite. She said, ‘Angela, you can stay there. They’ve got a bed for you.’” As Angela gets to this part of her story, she starts to cry. Which means I start to cry. “I was so relieved, but I was so scared. I didn’t even trust myself to walk the couple hundred feet from the sanctuary to the Respite. If someone offered me dope, I knew I’d take it.”

Angela made it. Perhaps, against all odds—dragged the exhaustion of her self down the stairs and across the cigarette-speckled sidewalk; carried the weight of an Iliad the length of a 200-foot odyssey. “When Michael opened the door, it was so amazing. He didn’t ask any questions. He just let me rest. I was so tired. You know, when you’re out there getting high, you don’t realize how exhausted your body is. When Michael let me in, I went to that living room, I laid on the floor, and I slept.”

Between June and September of 2018, Angela “lived and breathed in increments of Respite.” She says God just kept bringing her back. Each time, the unconditional love felt a little more comfortable; sunk in a half-inch deeper. “Have you seen the pictures, Brook?” “Of what?” I ask. “Oh my gosh, hold on!” Angela has a way of mixing the devastation of the human condition with the giddiness of a seventh-grade crush.

We huddle up, side-by-side as Angela scrolls through a shattered cell phone screen, pulling up a series of mugshots taken between 2012 and 2016. I feel like I can’t breathe when I look at them. Through some autonomic choreography of my diaphragm and breath I’m able to push out a few sounds. I ask Angela if she wants me to include these photos with her story. “I think you should,” she says, shaking her whole body in affirmative yes. “You know it’s so hard to look at these and understand why I wasn’t done. How could someone look like this and not be done with drugs? But I was still thinking with my head here. Not my heart. I was talking to God, but I wasn’t listening.” I ask her how these photos make her feel. “They make me feel amazing. Like I want to live. I mean these pictures…don’t they just tell such a story?” I assure her they do. “This is the reality. This is the face of Meth. Brook, you should’ve seen me when I was 19. Man, I was so beautiful.” “You’re beautiful now, Angela.” “You know, I agree. All these scars—they’re a story too. They’re a story about God and finding a spiritual family and a new start.” 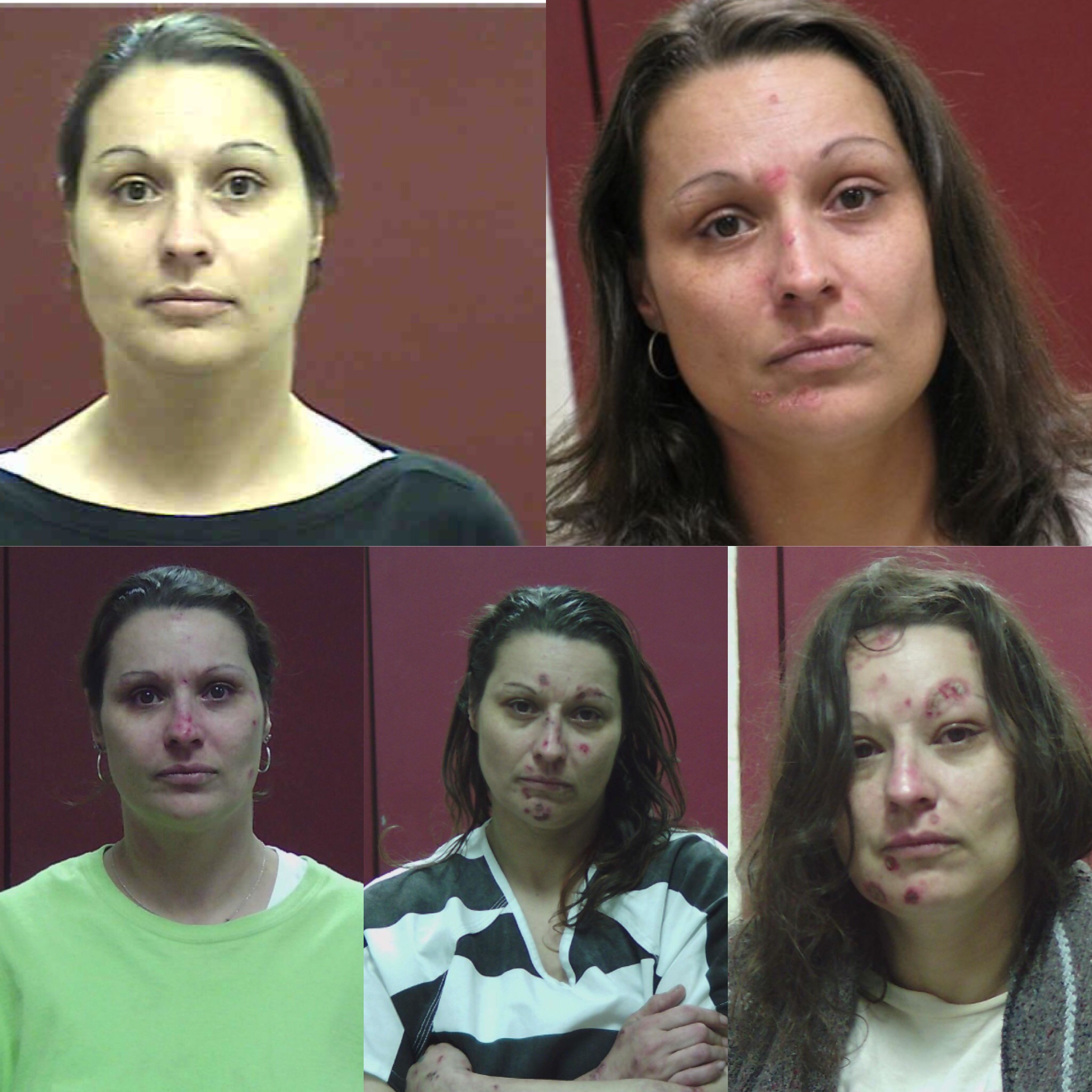 I pause, because something she is saying sounds right. It’s this thing about the scars of drug use being used like testimony. Scars that follow the line of a vein as a story about God. This feels true in my viscera.

Although, ultimately, Angela’s story is the marrow of hope—Angela’s story terrifies me. And the truth is, it should terrify you too.

There is a Hungarian physician named Gabor Mate who says if you want to get to the heart of it, “Ask not why the addiction? Ask why the pain?’” So, I ask Angela this exact question.

She answers, but I’m not satisfied. There’s things I can almost point a finger at. And that’s what I desperately want to do. Because if I can make Angela different than me, then I can sleep at night knowing I won’t ever have to fight her battle. There’s parts of her childhood where she didn’t feel loved…there’s some tragedy. But, that’s not going to do. Because I’ve got some of that. You probably do as well.

When Angela was 19, she hurt her back. A few scripts later, her brain and her body were hooked on Percocet and Hydrocodone. She spent the next two decades keeping up with pain relief. First legally. Then Illegally. Angela has 42 bookings logged at the Rhea County Jail. For over 20 years, she has also gone by the name #20528. I will gently remind you—Angela hurt her back when she was 19.

Angela has a determination I can sink my teeth into. It is whole-grain and gritty. “The beauty of telling you this story, Brook, is I don’t have to keep telling it.  I get to start telling a new story—the one about how I’m mending my relationships, how I’m going to live, how I won’t stop here. I look out and I see all these folks I was using with and all I can think is, If I can do it, God only knows that they can too. So, I pray for their time. The time when they can sit still. Long enough to stop. Stop and listen. At the end of the day, Brook, it is by the grace of God I’m still here and it is by the Grace of God I will change.”