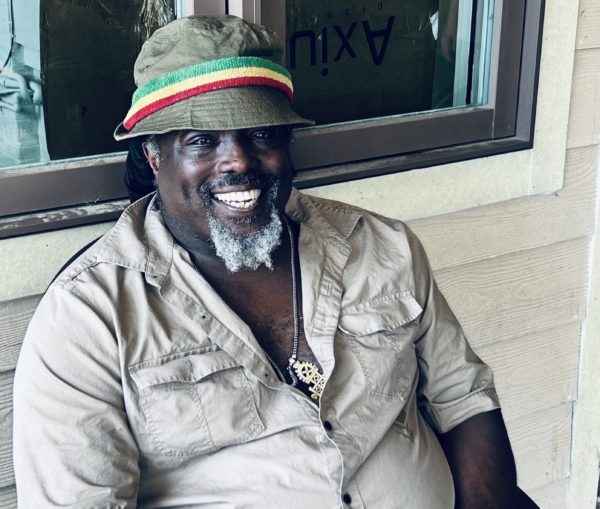 Korah and I met during my first week at Haywood Street. A couple of staff who had the privilege of experiencing his gentle, kind, but cautious spirit, suggested I get to know him. I sat down with him in the living room of the Respite to hear his story. He sat in the reclining chair to the right of me–leaned back, folded his hands on his lap and smiled at me. His smile puzzled me–and still does. It has this uncanny way of portraying gratitude in spite of struggle. Maybe that’s what makes Korah so complex.

Korah suffers from epilepsy, and has had to learn to manage it over the years. On top of this, he shares with me some of the stress and traumas that he has had to cope with recently. Before coming to Asheville, he was living in New Jersey where he eventually decided he needed something new. “I was ready to leave the fast pace of the city, and move to the mountains. I had been to Asheville years ago, and thought living here would be cheaper.” Not unlike others, Korah has been on the unfortunate side of the wage gap and housing crisis in Buncombe county. When he got here, he stayed in hotels before his health issues led him to the hospital. That’s where he was first introduced to Haywood Street and the Respite.

“I was in a tough spot when I got here. I had no one I knew here and didn’t know where to go. I’ve started to feel more hopeful the longer I’ve been here, though. I’ve seen these people do a whole lot for the people staying [in the respite]. There’s like this intense commitment to helping people and making them feel loved.” He continues, “Some things have been done differently for me because of my health. That’s a total, unconditional kind of love.”

I asked Korah more about that “total, unconditional kind of love” that he was talking about. “How do you think you’ve reacted to it? What makes it feel different?” He looked away from me, quiet for a moment. I could see he was thinking.

After a pause, he begins to speak, “So there’s a guy who was here who has been really sick and probably doesn’t have long left. I’ve watched the staff here rub his feet and sit beside his bed for hours. It doesn’t matter what he’s done, they just accept him for who he is. The whole situation has brought together a lot of different people.” He tells me that the man has been doing better, that he is able to walk more and get around a little better. I can see the amazement on Korah’s face.

“Why do you think he’s doing better if he seemed so close to passing away?” Without a hesitation, he says, “Because all the rallying around him, all the love and community shown to him gave him new life, I think. It gave him reason to want to live longer. Other people just wanted everyone to give up on him, but his mother couldn’t and the staff couldn’t either.”

The certainty of his statement seemed to expose something I couldn’t quite put my finger on. Up until then, sitting there with Korah had been comfortable, yet I had sensed a hesitation from him to open up too much. On more than one occasion, Korah has made known to me that he doesn’t easily trust people or call them “friends.” But here, I heard in him an understanding of intimacy and community–an understanding of what it means to be in relationship with others. He added, “there’s a whole community of love and support here. There are outcasts, but there’s also a lot of people doing good stuff. It’s important for survival, and it gives me more hope.” 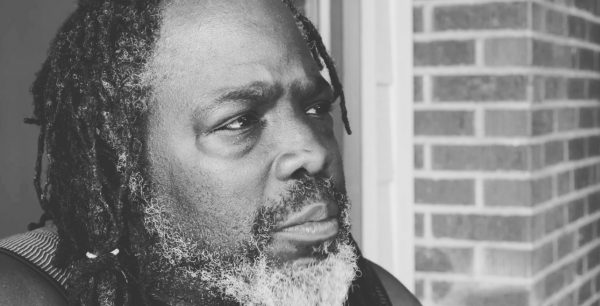 I’ve seen Korah a lot since that first conversation. Since then, our friend in the Respite has passed away, along with too many other friends in our community. When he tells me of his death, I see the heaviness on his face. He tells me he feels the grief of all the recent losses. Asking how he’s coping with it all, his eyes look beyond the Respite patio as he replies, “You just gotta get away from it.” I sense an urgency in his tone and in his body language. “You need to get out and sit by the river or go to the mountains and be by yourself to just reset.” Have you done this yet?” I ask him. “No, I haven’t been able to.” The awareness is apparent on his face, “ I need to, though. I really feel like I need to.” Again, Korah’s insight into himself becomes remarkably apparent.

Now that I know Korah a little better, his smile makes more sense to me. Korah is complex in a way he has had to be. He has learned lessons along the way that have taught him the value of relationships and the vulnerability that inevitably corresponds with them. There’s so much to Korah that’s lost in a written story, but that, nevertheless, deserves to be spoken. It’s the parts of him that someone can only see when they spend time with him. It’s the way he gently put his hand on the knee of a woman who was sobbing for no apparent reason–how he invited her over to sit with us as he tried to console her. It’s the way he thoughtfully moved his cigarette away when he noticed a woman trying to avoid the smoke. It’s the calm and easy feeling you have when you sit in his presence, like maybe you’ve known him for longer than you actually have.

One of the best parts of being at Haywood Street is being able to take a break from the normal work day and sit with the folks in the Respite. I see Korah everytime I’m there, and everytime he unknowingly teaches me something about how to live and about how to interact with others. Each interaction reveals more of us both. A couple days ago he told me his favorite drink is the non-alcoholic Reed’s Ginger Beer. It’s one of my favorites, too. We agree on the spicier the better. I told him I’ll bring my favorite for him to try and we can sit down together and share one. Maybe before he leaves the Respite to go to his new home, he’ll feel comfortable enough to call me a friend. I can’t think of a bigger privilege than that.