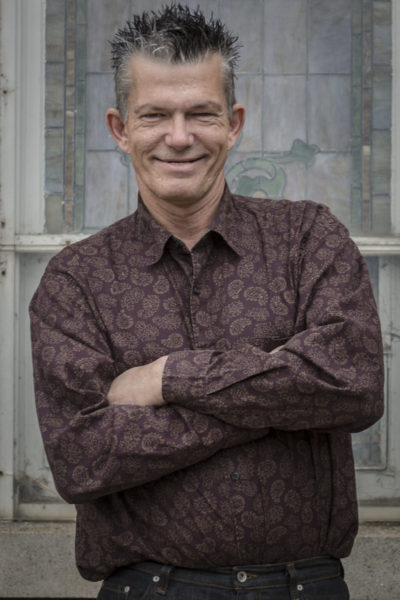 In 2015, Eli was at the height of his career in commercial flooring. He was living in a 3,800 square foot home on three acres and was on track to bring in upwards of 300k. By the following year, he found himself bound up with the law, in violation of a probation order and facing 18 months in prison. “I was sentenced to do time,” he tells me. “But, I wasn’t sentenced to lose everything. And that’s exactly what happened.”

When you are released from the American prison system, you are…simply that. The doors open, you walk out. Because in many cases, the last day of a person’s sentence ends at 11:59 PM of that day, a newly released inmate usually walks into the dark while simultaneously walking into their freedom. And I can’t write a metaphor more accurate than that.

As a man who had known high thread counts, granite countertops, and the comfort of a daily bath, Eli found his new life on the streets to be shockingly rough. From consecutive days of being in the rain with worn and wet shoes, he developed ‘Trench Foot,’ a condition that landed him in the sheltered space of Haywood Street Respite. His body healed. His soul soon followed.

After being discharged from Respite, Eli began spending more time around Haywood Street and right away noticed something kind of odd. He’d seen plenty of sharps containers at medical facilities, but never in a church restroom. “It was kind of sad to me. But what was even sadder was that they were always full.” Between witnessing rampant drug use on the streets and epic levels of addiction at Haywood Street, Eli felt the compulsion to show up for those in the throws of this struggle. He linked up with The Steady Collective’s Peer to Peer program and began placing clean needles directly into the hands of people using on the streets, directly into hands he would have passed by before this point in his life.

Last week, while standing outside of a downtown grocery store, Eli heard someone shouting from across the street. A woman had overdosed and bystanders were looking for Narcan. Eli had it in his backpack. Nervously, he rummaged for it, fumbling through the directions. He administered the loaded syringe into the young woman’s upper thigh while someone called for help. The ambulance arrived, the woman was stabilized and the paramedic turned to Eli. “Did you administer this injection?” “Yes.” “Well Sir, you saved this woman’s life.”

Eli grew up attending a small, Pentecostal church. His dad died when he was nine and Eli describes himself as being “not conducive to his mother’s new relationship.” As such, he was sent to the Indiana Soldiers’ and Sailors’ Children’s Home, an experience that was challenging yet formative. Eli says it was here that his work ethic was developed. Understanding the value of hard work put him in that big house on those big acres. It paid for his son’s Master’s in robotic engineering and his daughter’s degree in nursing. It gave him a life of luxury and ease. It also allowed for a life with many illusions and a separation from those suffering.

When I hear Eli’s story, I think of the legend of Siddhartha—living in the kingdom, blissfully protected from the suffering of the world. For a time. Eventually, the worldly possessions were forfeited. Repossessed. Box-springs and pillow-tops were replaced with the grit of concrete, wingtips by a pair of soggy, hole-ridden tennis shoes. “A divinely humbling experience,” Eli says.

“I know there’s a price tag on what goes on at Haywood Street. But what goes on at Haywood Street is priceless. This church saves lives. Sometimes that’s through people like me, with Narcan, literally saving someone’s life. More often it’s just by people caring. Saying, ‘How you doing?’…’Did you get enough to eat?’ Thousands of people come here and are loved unconditionally. It’s incredible.”

Eli feels his time of being an unhoused person is coming to an end. He has secured a utility van and is ready to work. Ready to rise up. Ready to bring his new brothers and sisters with him. Eli plans on hiring only those who have experienced homelessness. “My goals are simple. Pay my tithes to the church, save half my money, and give folks a chance. ‘Cause usually, that’s all anyone is really asking for.”

And in his own words:

I believe with all my heart that I’ve been divinely humbled by my Lord and Savior. In this humbling experience, a transformation has occurred. Here are a few results from this miracle —

I now try to always look at negatives as things we must go through to become better and stronger; to make me see the positives in the next chapter of my life. I try to now live my life, walking in God’s footsteps. I try to live by ethics and morals today. Today I make an effort to speak to everyone in the same way, whether he or she is a homeless person, the garbageman on my street, or the president of a corporation. Since you never know what curves life can bring you…becuase life is funny and you may find your path crossing a person you have spoken to in the past. Will they remember me for the respect they deserved when no one else cared or for that act of kindness–bringing them coffee, welcoming them to join me for a meal. Sometimes, that act of kindness comes back to you in more ways than you know! God never let a kind act towards another person go unblessed! This is pretty much what makes me the person I am today. Thank God.

Our lives take turns we can never explain…life throws us curve balls…we live, we love, we lose loved ones and we hurt. So when we find ourselves starting over again, I believe we should start every day with new hope. Leaving behind the bad memories and keep the faith in God, that a better tomorrow will come. I’ve learned not to let my past hurts dictate my future. Second chances are so hard to come by.