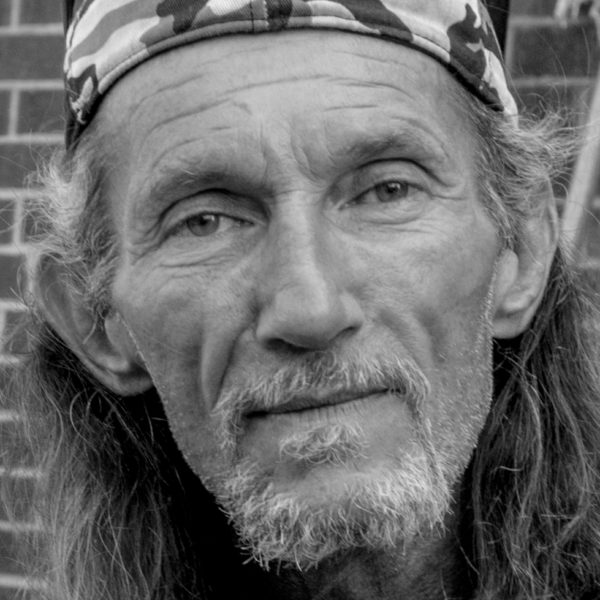 “You got your questions ready?”, he asks.

This is the way most of my and Eric’s conversations start. Abruptly. We learned early on that neither of us do well with BS, so these days we do a lot of cut to the chase and get to the heart of it.

“Miss Brook—you up for time travelin’ a minute?” We take about a 50-year leap back to Eric’s courtroom adoption. He was ten, and a successful Virginia School of Law grad had decided to take him in. This arrangement held for about five years, eventually ending with Eric’s termination from the home and the folks who had become something like family. “You’re just too ingrained in your behavior to change,” was what Eric was told before being given up, again.

With a bit of the back story laid out, it’s not hard to understand, how by 1979, before Eric could even legally drive a car, he was taking up his first residence at a state correctional facility and signing a mandatory 15-year lease. This sentence would be the first of many to come. The Eric who sits across from me today, has lived more years on the inside than the out. Thirty-three years, non-consecutive, to be exact. 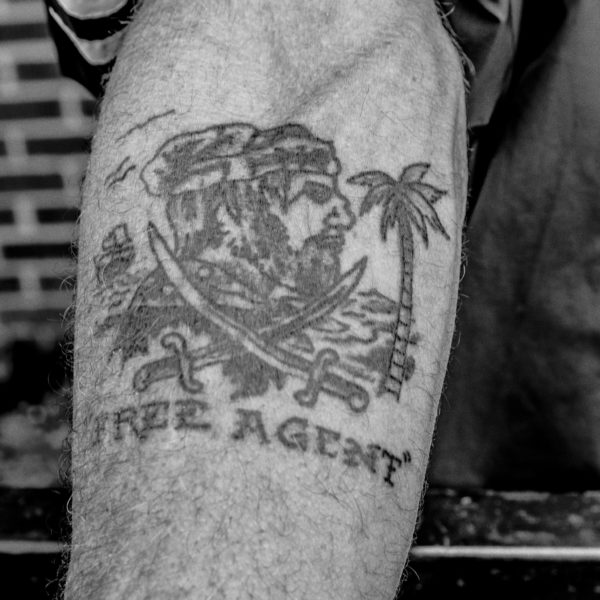 “But, you want to know about these tattoos, right Miss Brook?” “Whatever you got, Eric.” “Well, let me put it like this,” he begins. “When a man lives a life of destruction, and the day the light finally cuts on, he realizes he’s sitting in the department of corrections, three days from his release; when he realizes he is on his knees, begging for help because he don’t know where he’s going to go or what he’s going to do—that man becomes willing to finally hand his life over.”

“The ‘Free Agent’ tattoo–that one’s a cover-up. It means free from prison, free to worship, free to be in my community and of service. The Jesus tattoo—that’s a symbol of forgiveness. I am forgiven. And it helps me. In moments of indecisiveness. What with my bad habits and all, I just can’t lift a bottle and look at him at the same time. I see him and I think… you know…he went through hard times too. He went through things we’ll never even know about.” 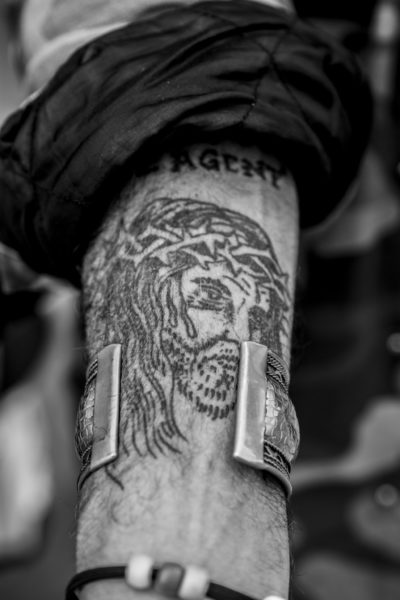 “Miss Brook, I don’t know how God got to you, but He had to lift me from the ankles and shake.” Eric’s famous crocodile tears start welling up. “Miss Brook, you ever get to the lowest point of your life, you don’t even know who you are?” I tell him I have and laugh to myself because this is one of those moments where you can hardly find the line between where you end and another person begins.

Eric goes on, “But, I had to go through all that. It was all part of the plan. I’ve accepted Eric. I’ve accepted his past. I’ve owned it. It’s mine. You couldn’t have walked in my shoes. I would never have wanted you to. Am I perfect? No. Do I do some things I shouldn’t? Yes. Am I sober? You damn right I am. Am I drug free? You damn right I am. And you know who gets the credit? God. I’m just here doing the footwork.”

“Miss Brook, do you know, statistically speaking, I’m not supposed to make it? Habitual offender, unable to be rehabilitated, too ingrained in my behavior to change. Well, you tell the world this—I am crushing the statistics.”