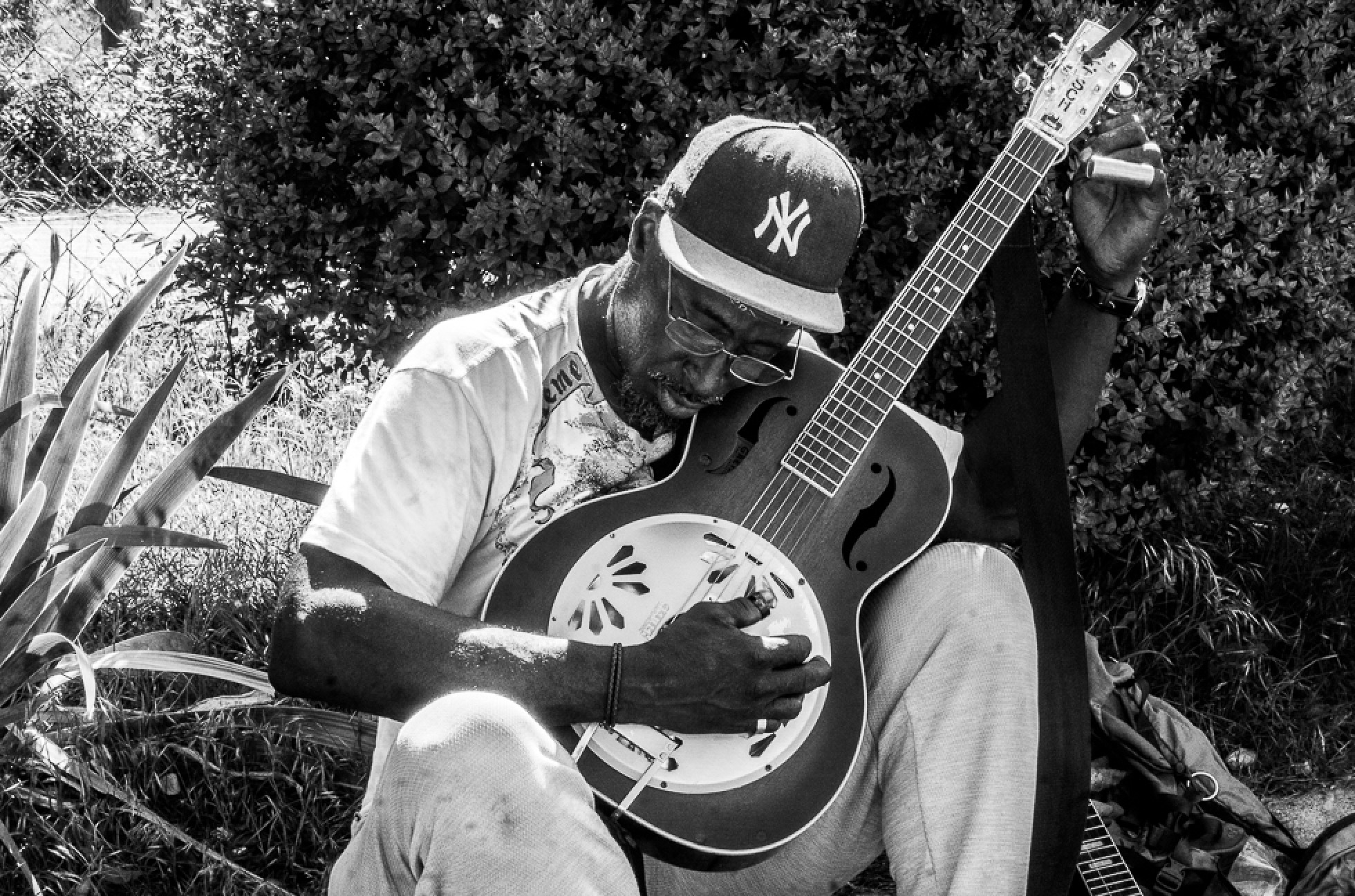 Eric can’t really not draw a crowd. I’ve taken a seat by him on the blacktop and, subsequently, two teenagers and their parents have as well. He’s showing us how Johnny Cash made that chuka-chuka percussion sound by strumming with a piece of folded-up loose-leaf paper. He’s spilling all the trade secrets before we’ve even exchanged a proper, “Good morning.”

Eric “The Blue Ridge Boy” Freeman and I actually grew up in the same part of the Blue Ridge Mountains, but it’s Haywood Street that brought us together. Pastor Mark saw him wearing a Cubs hat and playing the Blues outside the sanctuary one day. He said if he ever came back I should see what that story is. He’s come back. Many times. And I’ve been collecting pieces of that book for about a year.

Eric had a rough childhood; says he got all the beatings his mom wasn’t able to give his step-dad. There wasn’t much music around him, but Eric says there was always music in him. Always.

Eric first learned guitar while doing time for a marijuana charge. There was a guy in his cell who’d been granted playing time for good behavior, and although Eric couldn’t touch the borrowed instrument himself, he watched every finger placement and figured out almost every note. “So that was the first person who taught you how to play?”, I ask. “That was the first person that taught me how to be a musician. More than anything, I studied the man. The chords will always come. The person makes the performer.”

Six months after being released, Eric bought himself a guitar and quickly fell under the mentorship of a man named John Jackson. Jackson was one of 13 children, all of whom were musical prodigies of Rappahannock County. “So, it was this guy that really taught you how to play?” “Well, yes. But really, he taught me who I am. What it means to be a black man singing the Blues.”

Eric’s raw talent ended up taking him on a multi-decade, musical adventure. He was signed to a well-known label out of Seattle, shared stages with the esteemed harp player, Phil Wiggins, and the like, and has taught folks of all ages and levels along the way. He’s also the first to admit that a 30-year relationship with cocaine stole more than his career and, ironically, left him with more songwriting content than he’d like to own.

Wanting to get out of Louisiana, a city that couldn’t love him the way he wanted to be loved, Eric landed in Asheville in 2019. Walking the homeless corridor, he found Haywood Street and he’s been a part of this community ever since.

Eric dreams of having a small home with a garage off to one side where he can do mechanical work. I ask him the hardest part of trying to get housing in Asheville. He says, “The waiting.” Eric wishes he could work, but severe injuries have led to invasive attempts at treatment, multiple slipped discs, etc. He’s advocated for himself in court. He’s not gotten what he needs. I wish this story still felt shocking to me.

“I just want to leave something for the world of music and something for my daughters. But anyways, what do ya’ll want to hear this morning?”

A couple pegs get twisted into tune and the Blue Ridge Boy starts singing again. 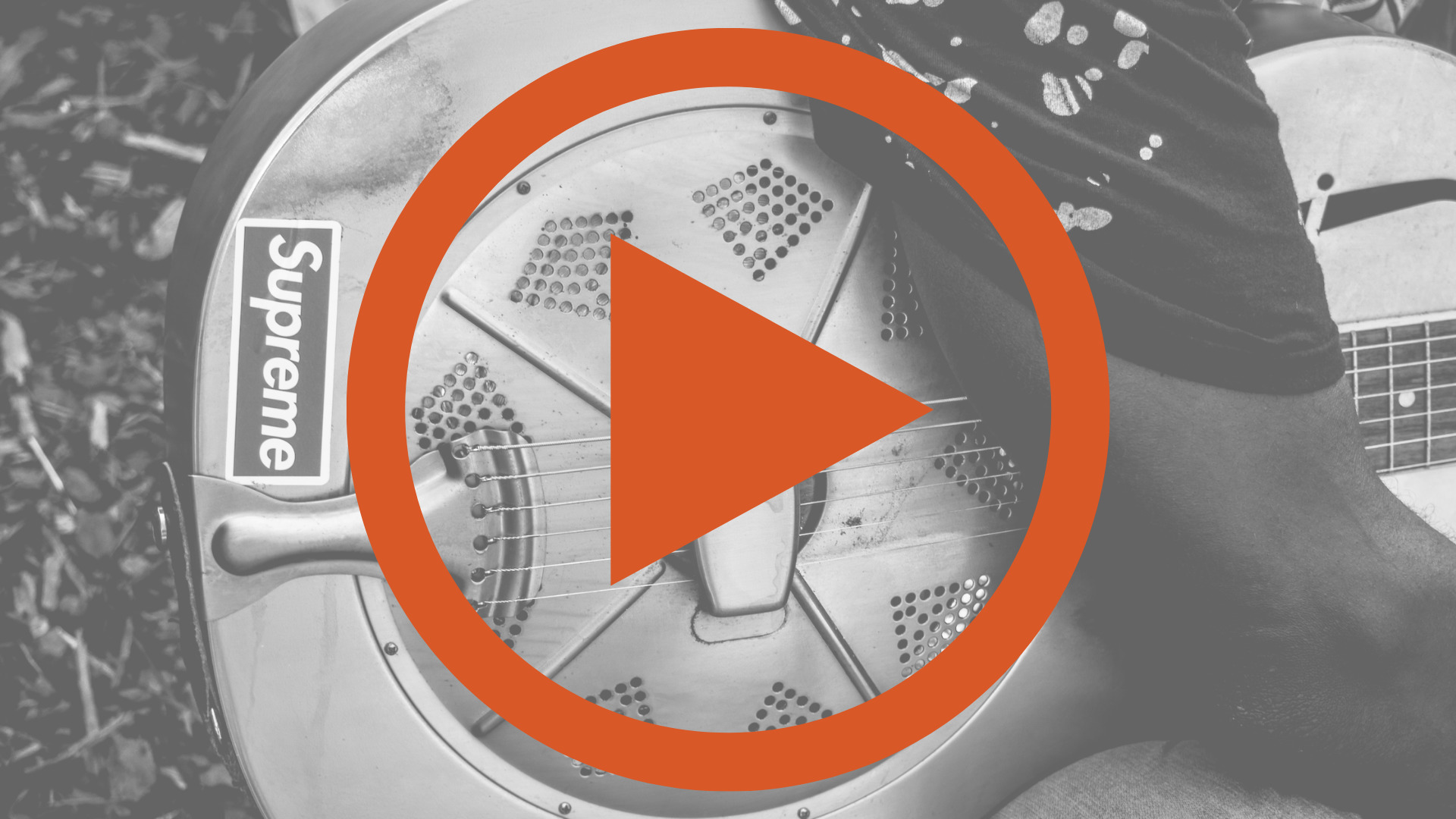 click here to watch eric sing in the sanctuary