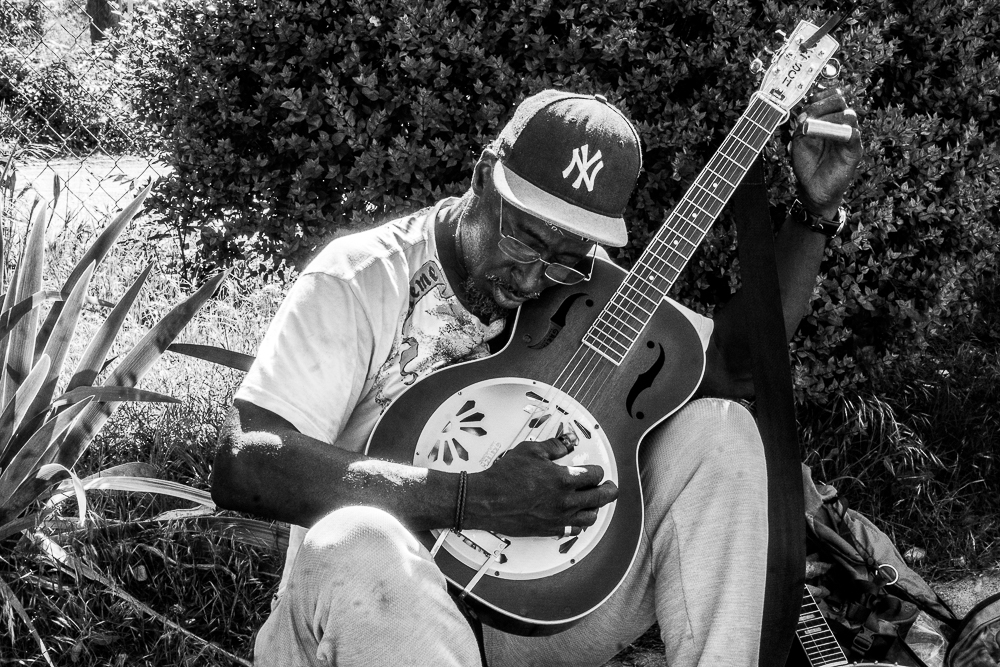 In 1993, Eric went to jail for 90 days on account of stolen goods. While he did his time, he became friends with a man named David. David was being held on marijuana charges, but was allowed to play the guitar. Eric would study the sounds he made and the ways his fingers would twist into impossible shapes.

Almost as soon as he got out, Eric bought himself a guitar. At this point he was in his twenties and had never played an instrument before. Ashamed of the time he’d been forced to serve, Eric spent the months following his release alone in his bedroom, teaching himself how to play. When he found out that the famous American Piedmont Blues musician, John Jackson, lived nearby, Eric called him, told him his story and soon found himself under the mentorship of this esteemed blues & folk musician.

Eric made his way from New Orleans to Asheville less than a year ago and found Haywood Street after busking and playing gigs near the campus. We’re grateful for the days he brings his strings, songs and spirit and helps us maintain Holy Ground within the Holy Chaos.

Today, Eric shared this protest song he just finished writing…and a few thoughts to go with it.