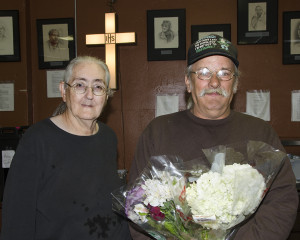 We rejoice with Barbara and Ronnie, who just found an apartment to rent, after having slept in their van during the coldest part of our Asheville winter. Barbara said some of those nights she had gotten so cold she could not sleep, so she just laid in the van and cried. She thought they were going to die.

They feel getting the apartment was an answer to all our prayers. She especially wanted to thank all of you who prayed for them after we posted their photo on Facebook and the church website a while back. It was through that posting that someone learned of their need and contacted them. They were all smiles on Wednesday as they told us their story!