It was at Barbara Bates Smith’s performance of “Ivy Rowe” in October of 2014 that I first learned of Haywood Street Congregation. She spoke then about the Story Circle and what it meant to people. By early 2016, I was not only a regular companion at the DWT but had also joined the Story Circle and was deeply touched by the stories that were shared and the connections made.

Eventually it was my turn to take 15 minutes and share a story about myself. That day I brought in a bag of various dance shoes that I have worn over the last 50 years and talked about my love of dance, how it has played an integral role in my life and had even been one of the factors that led me to move to Asheville in 2013.

Barbara heard in my story a 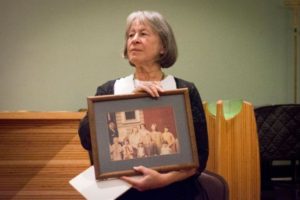 connection to the community building that is so important to Haywood Street and arranged for me to share after the Sunday service on Nov 13. This time, I not only brought the dancing shoes but demonstrated some bits of dancing intermixed with sharing pictures of my family, and related how dancing, through the grace of God, has given me immeasurable joy a 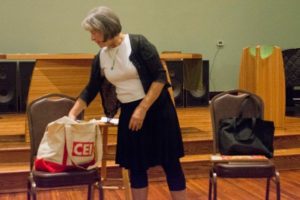 nd played a role in major turning points in my life.

Besides being an activity I can enjoy on my own or with a partner, dancing has also brought me into community where I have found enduring friendship, support and connection with people across this country and all over the world. It was a wonderful gift to have my story be appreciated and be able to share this love with others. Some may even have been motivated to try dancing themselves, and you know who you are! 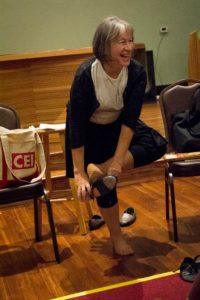 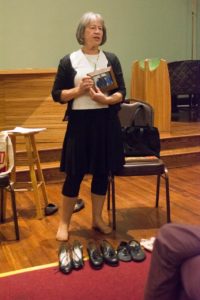 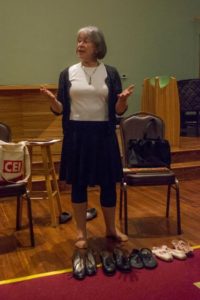