Jaseynth (Juh-SIN-ta) is one of the beautiful wayfarers to grace the cracked and busy pavement of Haywood Street’s campus. A transgender woman with a gentle presence, she is tall with soft, forgiving eyes. I met Jaseynth when she peaked into my office one morning. A shy smile crossed her face as she apologized for her curiosity. 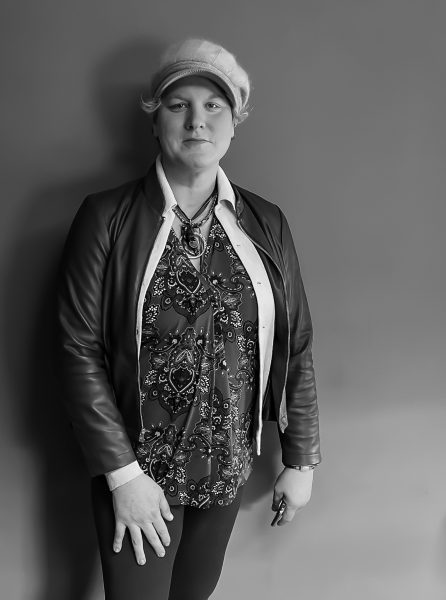 Happy to be pulled away from the computer, I asked if she wanted to come in. As we began talking, she shared that a few days prior–after a long trip from Austin in an old, overworked pickup–she and her boyfriend were turned away at the doorstep by her brother. Finding themselves homeless in an unfamiliar city, the East Asheville library offered a place to charge phones and escape the cold weather. This is where Jaseynth heard about Haywood Street and the Welcome Table.

“Hearing about the meals, we came over here. I was shocked, you know. Like, being homeless, people don’t usually treat you well. I know that. I’ve been homeless before. But being trans, I’m just used to people treating me bad automatically, you know. And I just try to keep quiet, not make too many waves, not draw attention to myself. I try to just respect people’s…” She pauses before finishing her thought.

“Well, I guess their fear, really. Lots of people are lied to and told horrible things about us. If what they said was true, I wouldn’t like us either! But I don’t know. We came here, and they sat us down with real plates and real napkins.”

Jaseynth’s voice trembles and tears appear on her cheeks as she recalls the server who invited them to the table and took their order. “The guy just talked to us like real people. I couldn’t stop crying, I didn’t know what to say. I hadn’t had anybody be nice to me in so long, and for a stranger to be like that–I was shocked. You know? It still just shocks me.

Holy invitations like this, the kinds that don’t have strings attached, are shocking because they’re so different from the world’s framework of who’s in and who’s out. Holy invitations, on the other hand, are unconditional and irrevocable.

Like Jesus asking the Samaritan woman at the well for a drink, Jaseynth’s server crossed a social boundary with a sacred disregard for cultural and religious taboos. And, just like “Jesus’ request for a drink of water…is deceptively simple,” the companion’s invitation to the table was also deceptively simple (1). Because, despite the politics, opinions, and theologies that might surround Jaseynth’s body, he affirmed her physical, God-bearing, presence. It was a holy invitation into a relationship of love, grace, mercy, and inclusion. Richard Beck, a psychologist who looked at the healing power of communal dining, says that “[the table] brings real people–divided in the larger world–into sweaty, intimate, flesh-and-blood embrace where ‘there shall be no difference between them and the rest’ (2).” How deceptively simple the dining table can be. 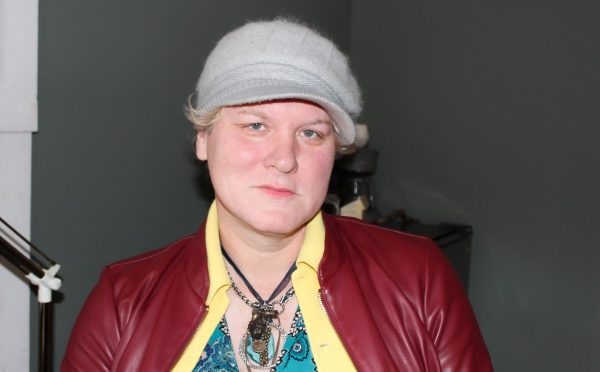 Jaseynth knows that many Christians disagree with the decision to have Gender Affirming Surgery. Wanting to tell me about her experience, she says that she doesn’t think she was born in the wrong body. “I outgrew it,” she explains. “It’s like having your first house–sometimes things change, and you outgrow it and need a new one. That’s what happened to me. When I woke up from the surgery, everything felt different. Like, for the first time in so long, I felt like I was in my body. Food tasted better and I could see color. I was no longer stuck in a body I had outgrown.”

Christians have been some of the worst to her, she shares. If she’s bitter, though, it doesn’t show. She just wants them to understand that being trans isn’t just about choice or sexuality. It’s about identity, spirituality, humanness, and life. And, now, she’s living.

Admiring her compassion, I am grateful that she dared to walk through Haywood Street’s doors, to be vulnerable and willing to share her life with me–a stranger–and, in turn, to let us see God’s image as it is reflected in her. And I’m grateful that she decided to sit at the table because, in that decision, she gave us a clearer glimpse of God’s table in its fullness. 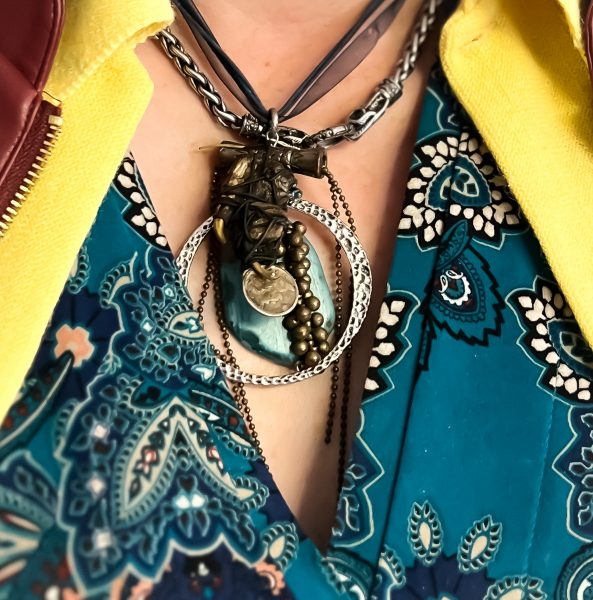 After her surgery, Jaseynth decided to change her name. Shortly after making the decision and trying to find the perfect name, she stumbled across a beautiful jacinth stone on the ground. That’s when she decided to choose the name “Jaseynth.” She now wears the stone on a necklace.

Jaseynth and her boyfriend are on their way back to Texas in that old, rundown pickup truck, hoping to start new and fresh. She says she’s happy she found Haywood Street and plans to write about the “solstice miracle” that we were for her at a vulnerable time. I hope that if she reads this when she finds her new home on the coast of Texas, she realizes that Asheville is so much more vivid and beautiful owing to the imprint she left behind simply by being her.