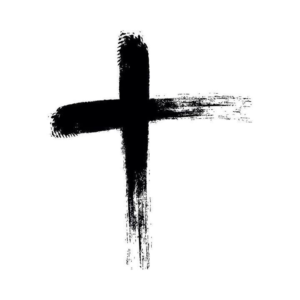 The all-you-can-eat buffets of Fat Tuesday have finally closed their kitchens and the last strands of glittery beads on Mardi Gras have been tossed off the balcony.  The silky neon dresses have been exchanged for scratchy burlap sacks and the festive street carnival has been replaced by the seriousness of the cross.

The party ends on Ash Wednesday and the season of Lent begins with a word of caution from Matthew’s Gospel.  Jesus is preaching the Sermon on the Mount and after pronouncing the blessings of the Beatitudes, he shifts to the perils of piety. Assuming everyone tithes, prays and fasts, he tells us to beware.

In today’s text, what is Jesus cautioning us about?

Matthew 6:1-6, 19-21 “Beware of practicing your piety before others in order to be seen by them; for then you have no reward from your Father in heaven. “So whenever you give alms, do not sound a trumpet before you, as the hypocrites do in the synagogues and in the streets, so that they may be praised by others. Truly I tell you, they have received their reward. But when you give alms, do not let your left hand know what your right hand is doing, so that your alms may be done in secret; and your Father who sees in secret will reward you.

Congregational Responses:
Being a Christian showoff.
Using faith to win a popularity contest.
Forgetting that spiritual disciplines lead to God, not self.

Nora Bowes is a former nurse who spent years working homicides, suicides and fatal accidents at the hospital.  When she became a professor at Kean University in New Jersey, she developed a college class based on her work experiences called, “Death and Perspective.” The assignments include writing a good-bye letter, filling out a living will and penning the eulogy to be read at your funeral.  When she isn’t in the classroom with her students, they take field trips to a maximum-security penitentiary, a morgue, a hospice center, and a crematory.  On their visit to the funeral home, everyone witnesses a full autopsy and gets invited to lie down in a casket.  Surprisingly, of the nearly 12,000 undergrads on campus, it’s by far the most popular class at the University and the waiting list is three years long.

We all know that which is most holy is also that which is most easily corruptible. And if we get in the habit of only practicing our faith when the lights are bright and the cameras are rolling, then we are reduced to little more than actors in Christian costume angling for the audience’s standing ovation.

But even more than chasing vainglory in the name of religion, I believe Jesus is also asking us to beware of minimizing the purpose of spiritual disciplines.  Tithing, prayer, and fasting has always been intended to deepen the connection between God and us, a relationship that is primarily nurtured in a closet for two behind a closed door.

By keeping our intimate interactions with the divine a secret, we begin to let go of our outward hypocrisies and instead embrace the inner boundaries of our created intent.  The reward from our heavenly parent for writing the anonymous check, kneeling at the private altar, and denying ourselves without attention is, finally and fully, knowing who we are.

The Greek root word for human is ground.  The clay, dirt and dust from which we come and to which we will return.  Because it is the most honest, so many people say Ash Wednesday is the holiest of all our Christian celebrations. The only day of the year when we are invited to take off our plastic masks and smudge our fleshy foreheads with mortality.

Lent is our forty-day enrollment in God’s death class, and passing the final exam requires admitting that none of us get out alive.  But if it begins with being marked with a black cross, then it must surely end with an empty tomb and a rolled away stone.